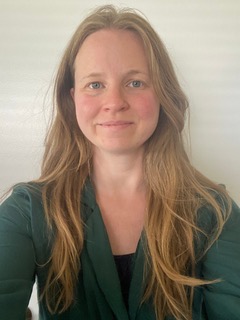 . She was introduced to the profound effect that acupuncture had on her mental health, and the subtle yet mind-blowing ways that Chinese medicine can reframe often unexplainable experiences. She loves how acupuncture interacts with the parasympathetic nervous system (the rest and digest), and provides a pathway for sensing our bodily experience, when that ability may have
been cut off through trauma and pain.

Her formative years, were primarily focussed on theatre. This background
and perspective informs a lot of who she is and how she practices. In particular, she twice studied at. Canada’s National Voice Intensive (now The Moving Voice Institute), where she was introduced to practices that allow connection to the body, breath and vocal expression.

Elysia will be starting  Somatic Experiencing Practitioner training in March 2023, to help clients
integrate traumatic experiences, and to discover how they have influenced pain and illness. She is also
studying techniques from Alaine Duncan’s The Tao of Trauma, bringing together Somatic
Experiencing and Chinese medicine, as well as trauma trainings from Acupuncturists Without
Borders.
When she is not giving acupuncture, she can be found in the garden, making herbal medicines, or
eating chocolate – all while hanging with her two hilarious kitties, Puck and Oberon. Elysia is very
passionate about community-style acupuncture, and excited to be at Hemma! 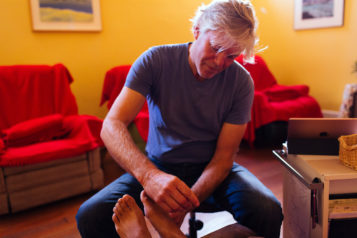 Michael has accumulated nearly thirty years of study and practice in the fields of; Traditional Chinese Medicine, Acupuncture, Massage, Yoga Therapy, and Addictions, all of which inform his practice. He studied Acupuncture in San Francisco and Victoria and has been licensed to practice in B.C. since 2004.  Michael has served on the faculty of both the Canadian College of Acupuncture and Oriental Medicine, and the Pacific Rim College. He also served on the board of the Community Acupuncture Network (now POCA), and currently serves as a Canada representative for POCA, providing education and support for people interested in establishing CA clinics in their communities throughout Canada. 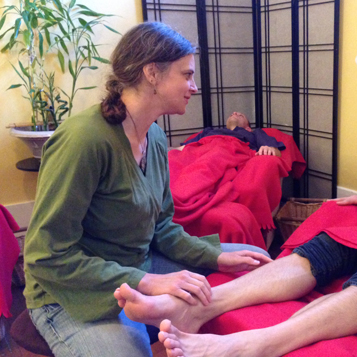 Melissa was first talked into trying acupuncture by her father about 23 yrs ago, because of chronic back pain she had developed from mountaineering. She did not believe in it at the time, but as nothing else had worked, she thought, why not? Her first treatment, she clung to a pillow in abject terror of being needled. But it wasn’t so bad. Pretty painless, actually. After one course of treatments, the pain she had had for over 6 months was gone. She decided that being an acupuncturist and herbalist would be way cooler than being an alpine climbing guide, and switched career paths immediately. She graduated from the International College of Traditional Chinese Medicine in 1995, and is a Registered Traditional Chinese Medicine Practitioner and Licensed Acupuncturist with the CTCMA. She has been in active practice for 18 years, and during this time has taught at the International College of Traditional Chinese Medicine, The Canadian College of Acupuncture and Oriental Medicine, and at Oshio College. She also worked under contract at the Central Victoria Veterinary Hospital, practicing animal acupuncture under the direction of the accomplished veterinarian acupuncturist, DVM Marlene Smith, until a sufficient number of veterinarians completed their acupuncture training and could serve the Greater Victoria community. She feels that that experience greatly enhanced her sensitivity and skill in treating her human patients. She switched from private practice to community style acupuncture  several years ago and has never looked back!  She is very happy to be at Hemma, and truly feels she has come home. 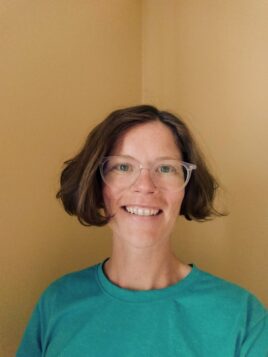 Susan came across acupuncture in her efforts to heal a sore back and a broken heart. She soon became a big fan and found that the hours spent with those little pins in not only helped her immediate concerns, but also made her entire life much better.

She loves community acupuncture because it helps us reconnect to ourselves and access our inner resources in a simple and profound way, reminds us that we are not alone, and makes this powerful medicine accessible to more people.

She graduated with a Diploma of Acupuncture from Pacific Rim College in 2012, and since then has had the good fortune of working and learning at Heart and Hands Health Collective, Poke Community Acupuncture, PHS Community Services Society, Peers Victoria Resources Society, and Barefoot Acupuncturists.

When she isn’t at the clinic she can be found riding her bike, hanging out with her cat, reading, singing, drinking coffee, and (mostly unsuccessfully) trying to make sense of things. 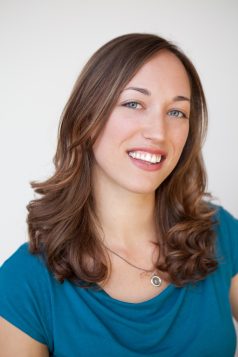 Madison loves how acupuncture plants us firmly in our bodies, forcing people to hang out with themselves in the present moment. She hopes to empower clients to take responsibility for their own health and well-being, and is simply delighted to help people feel better.

She has worked almost exclusively with the community acupuncture model and is truly committed to making treaments accessible, affordable and effective. She believes in the importance of collective healing, which is created within spaces like Hemma. Madison also has a passion for the use of acupuncture in treating trauma, addictions and mental health challenges. She feels very lucky to have explored this through work in VIHA’s Community Medical Detox Unit, and with AIDS Vancouver Island.

She graduated from Pacific Rim College in June 2012 with a Diploma in Acupuncture, and continues to study, learn and grow in her practices of acupuncture, yoga and meditation.