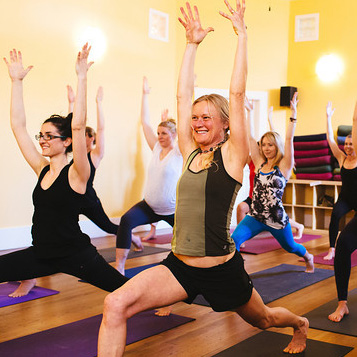 Several years ago I had the fortune to attend a workshop with Robert Bly, Michael Mead, and James Hillman. The workshop was focused on male self development. One of the aspects that all three presenters spoke about was the importance of daily practice. For Robert it was the practice of poetry, and he spoke of how each day he would awaken and begin his day by writing a poem.

As far as I know he continues this tradition to this day.

Two years before, I attended this workshop I had embarked on a 6 month training in yoga therapy. As part of my training I was required to have a daily practice of hatha yoga and meditation, and to journal about my experiences. For any one who has had a practice, you know that its not all sunshine and chocolates. There were many days when I awoke and wanted nothing to do with yoga. Dragging myself to the mat, at times simply going through the motions, disassociated from my body’s movements. Inevitably though by the end of my practice, engaged in journalling, I would feel a deepening connection to myself and to the world around me, and a sense of accomplishment at having conquered my inner demons. As one month turned to the next I felt this daily ritual strengthening my body, and grounding my spirit, connecting me with a greater sense of me. I developed an inner strength and an inner sense of self that was palpable as I went out into the world and engaged with others. In fact 21 years later I can still connect and feel those feelings as I write these words. Thus is the power of practice.

When I began I had no goal in mind and no understanding of what the practice would bring me. In fact I think it is better to divorce oneself from expectations when embarking on self practice. The purpose, if there is one, is simply the practice. Since then I have explored several practices — music, running, writing, and of course yoga. Each has waxed and waned. Each one though has served as a powerful anchor, especially during stormy times. Back when I was practicing my 6 months of yoga one of the greatest motivators for me was knowing that there were others within my course who were also sitting in their rooms doing the same thing as me. Somehow I could feel the collective energy of all those souls kneeling before their mats, and it helped get me through my resistance!

Join us in March for 30 days of practice and let’s inspire one another. Who knows, maybe we can all go from 30 days to 365 days!